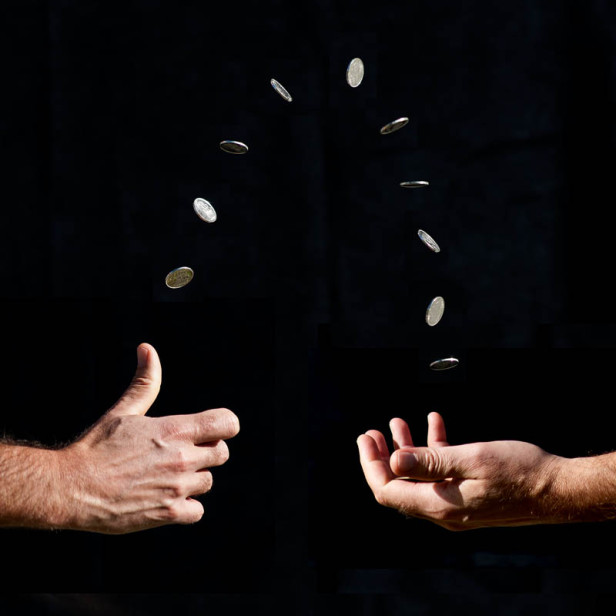 So, I was reading something today that got me thinking about determinism and the question of free will, ‘do we really have it?’ It’s a fairly big debate with strong arguments from both the deterministic position and also those in favor of  indeterminism.  Where it has got interesting is the conflict between an indeterministic quantum world and the strictly deterministic large scale physical reality that we as human beings perceive.   Reductionist might argue that quantum  world governs all, which may well be true,  and would lead to an indeterministic view – but as human beings in this world we don’t perceive that and our lives appear well grounded in classical physics.   The classic physical reductionist heads towards determinism.   Interesting musing, but, reductionism not the aim of this post.

Now, my keen interest is Buddhism and psychology – they appear to assert that we are deterministic.  We are conditioned beings, our actions, beliefs, behaviour are the result of our history.  There is a kind of inevitability about living, we see our ‘supposed’ life choices through the channel of our narrow conditioning.  Even the choice to break a conditioning is in itself merely the manifestation of a series of conditions.   We might think we are choosing but really we just following an inevitable set of causality.  The Buddhist path embraces this, Buddhism is fundamentally pragmatic in its search towards liberation and freedom.  The forth noble truth, the path, is itself an attempt at reconditioning oneself to become freer.  The idea that if we think right, act right, we become right.  We become what we are doing.

Our being then is perhaps a bit like one facet of the cohesive world of being, one super consciousness of determinism.  This takes another twist when we considered the historical input of conditioning.  We are conditioned by our parents, by past belief, theories, ontology, events and so forth and this spans all past time.  So perhaps any global super conciseness is in fact a super consciousness of conditioning that spans all of human existence.

So what has all this to do with anarchy?  I have a proposal.  It’s something I used to do when backpacking to determine whether to move on or stay put.  All you need is a coin.  My idea is to introduce some anarchy into your world by choosing two different actions, perhaps even conflicting and then tossing the coin and then acting on the result.

Say, you feel inclined to say ‘yes’ to a question?  Toss the coin, maybe you then say ‘No’.  Alright, this appears to be unconditioned randomness.  But, of course the outcome of the coin could have been predetermined conditions, the wind, the temperature, my energy levels, my conditioning in tossing coins, but for all practical purposes relevant to me, the outcome certainly appears random.  The fact I am tossing the coin is a result of my past conditions too.

What about the choice itself? Where does that come from, conditions.  Are we really choosing? Where do these decisions come from anyway?  If you try this throughout your day, I bet you don’t choose something that is inherently irrational to you well being, like jumping in front of a car, kissing your boss good morning on the lips or sticking your tongue into their ear.  The creation of the choice is conditioned, so sadly the experiment won’t generate unconditioned events per se, but nonetheless could prove a really interesting way to break the habituation of life.

So sadly, I think true indeterminism is largely impossible to manifest, randomness only gets us so far.  I don’t expect miracles, sure I might stick a pin into a country map to randomly determine where to travel? Well, most of its shitty and dull – so why do that?  Nonetheless its an interesting way to step out of habituation and to expand ones experience.  It might even help to break unproductive patterns in your life.

In a difficult spot? Try doing something random!  Take away the rational a bit and see what happens, it might explode your universe.