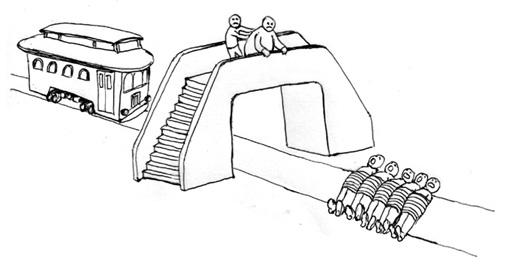 This is a true story from a few weeks back; a bit of the anarchy perhaps, a musing of ethics and just me trying to consolidate my understanding of a complex issue.  The story goes like this…

A married guy is witnessed by a female friend at a sexual health clinic.  The friend knows that the man goes away on ‘hunting trips’ and that he hasn’t had sex with his wife for a long time; his wife just isn’t interested in sex at the moment.  The man has a family, two children aged 10 and 12.  What does she do? Tell the wife? or keep quiet?  Well, in this case, the female friend confronted him but was not going to tell his wife.  Her rationale was ‘protecting’ her friend and their family, it would jeopardise their family and cause undue pain and suffering, acting out of compassion perhaps.

We have a duty to truth, because living with truth is hugely important.  Being happy but deluded is, for me, missing the point of being alive.  Ignorance is bliss as they say, but yet we all look down on ignorance as being a lesser realm of existence.  And this view runs fairly fundamental to my view of life.  My view, yes, life can be hard, the truth can be hard, but I want it real, at least with the very important stuff.

This doesn’t so neatly apply to the circumstance of the husband and his family.  The wife of the deceitful husband would suffer some damage from inaction as her husband could not possibly be 100% committed emotionally and physically while being deceitful.  Its therefore questionable which course of action actually will generate more net happiness.

The second point I have about this is based on Kantian ethics:

“Act only on that Maxim through which at the same time you can will that it should become a universal law.”

What happens if we make ignorance for the sake of happiness a universal to all mode of being.  In other words we extrapolate its use for everything.  In Kantian terms, lying to protect others becomes a Universal Imperative (something everyone must do), so we make ignorance to protect others our method of achieving happiness.  Clearly this would be bad.  We need truth, right?  Without truth what do we have that we can trust? Nothing?  So this would lead to a completely irrational view of the world, causality would cease to be useful as the truthful basis of our assumptions and premise would be flawed.  Would this be okay? No! it would not.  If the truth of the world ceased to make sense to us, if we lost trust in the statements of others, then we would trust nothing and keep meeting circumstances that plunge us painfully from unreality into reality.

My final point, is that the person has a right to know. They have a right to make their own judgement about the situation.  Its their life and we have no right to withhold information about the nature of their existence.  To do so, for me, would be to deprive our lives of a fundamental principle of life, the truth of our reality.   My opinion is that the truth allows us to make decisions, perhaps we need to face the uncomfortable truth that marriage can involve infidelity and that we will be challenged to either forgive it, walk away or suffer from it.  But that is the reality, and for me, I want my life to not just be some ignorant bliss of delusion, I want to know something about the nature of life, the universe, myself and others, the real deal; warts and all!

So for me, I would rather know the truth than live in some happy make believe ignorant bliss.

Upsetting the family by revealing the truth of the husbands infidelity would cause a loss of happiness to all of those concerned.  This is essentially a utilitarian view of ethics in which we act in a way that produces more net happiness to everyone.  In simple terms, saving two lives is better than saving one life, or 2 > 1.   Note: the featured image for this post is an ethical cartoon along these lines known as ‘The fat man problem.’

The crux of this argument is that the ultimate goal is happiness or at least reducing suffering.  In doing so it also forces us to make an assumption as ‘the judge’ about what brings about the most happiness.   Do we really know what course of action will cause the most happiness?  Happy now or happy in future?  Perhaps the marriage will breakdown and they both discover knew things about themselves, perhaps they go on to have more successful and fulfilling marriages or relationships in future.  Perhaps their children learn a lesson about the importance of truth, or perhaps they forgive each other and they both understand each others humanity better.  Either way, this is all deprived by keeping quiet and turning a blind eye.  Perhaps they have an unbearable nightmare that none of them recover from.  Perhaps the wife kills herself, who knows!

Say there is a nuclear attack, no-one will survive, the missiles are flying as we speak.  Why burden people with the knowledge, why make them less happy?   Would this be right?  I would rather have the chance to express something meaningful to the people I love, even though it might be laced with tears and sadness. Perhaps others might prefer to live these last minutes in peaceful ignorant bliss.

So, I see some value in the utilitarian ethical approach, but I don’t subscribe to the end point, for my reality, the end does not justify the means, for me the means becomes the end, or rather there is no end, only means.

Finally, I don’t profess to have a definitive answer to ethics.  Ethics is a value judgement, its ultimately an assessment about what is valuable.  But, this incident has caused me to reflect a lot on my sense of ethics, whats important for me in this life and this world.  I accept that others will have different views, but for me, give me the truth, I’ll handle it.

14 thoughts on “An ethical dilemma”

This site uses Akismet to reduce spam. Learn how your comment data is processed.